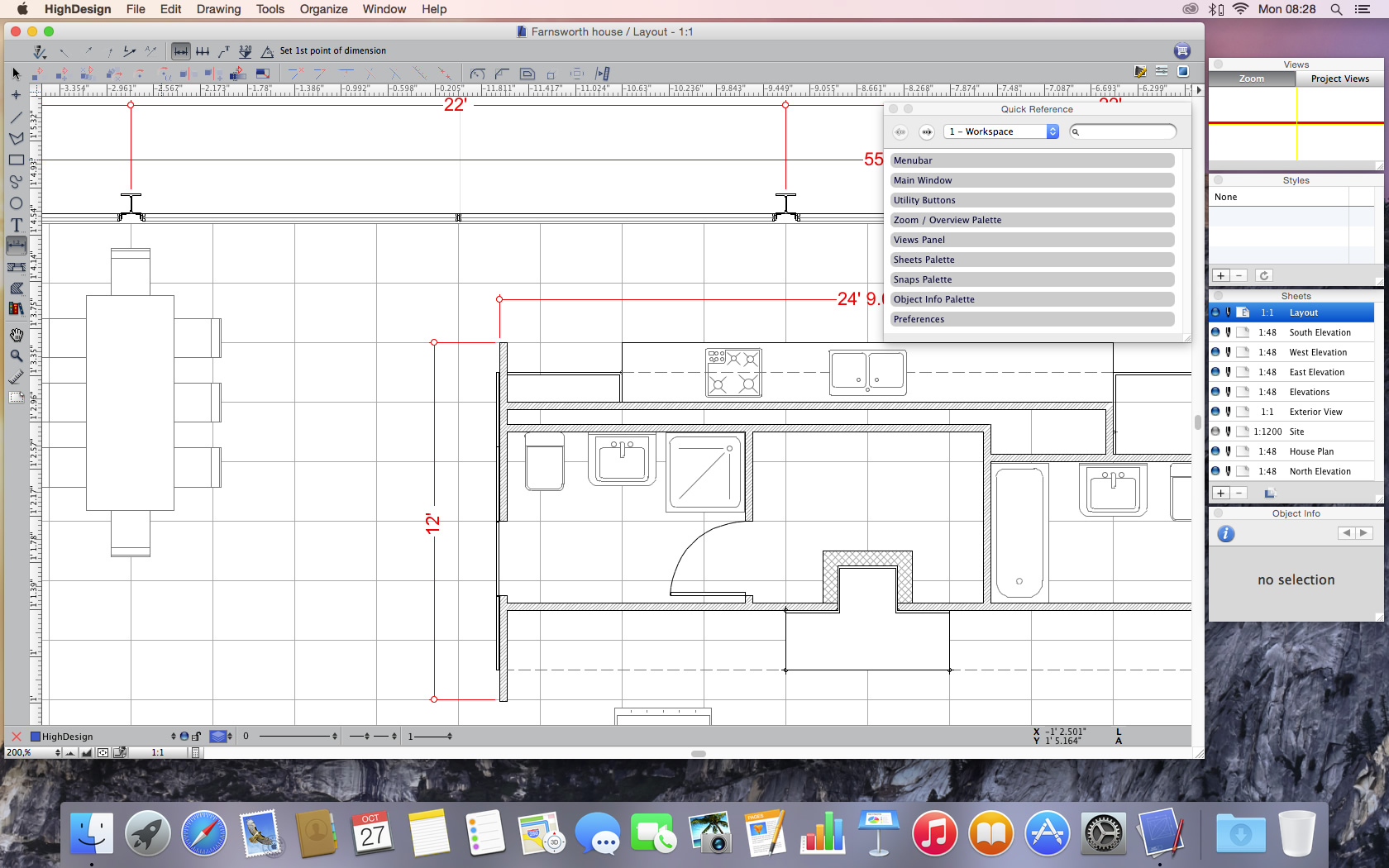 On October 16 Apple released its latest OS X, named Yosemite. There are many new features, the most obvious of which is the user interface. The look and feel of OS X now adheres to the principles of flat UI design, and the elements of the venerable Aqua interface which debuted at Macworld 2000 have done away with the glossy effects, reflections, pseudo-3D and hyper-realistic textures (the now infamous “skeuomorphism”). Very welcome changes.

In Yosemite, flat does not mean dull, though. Apple retained shadows, which have always been an important element to communicate hierarchy and layering order of items, and gradients. The overall impression is of a more reactive and pleasant system that does what it is supposed to do without distractions. Which, for a technical designer who wants to focus on his/her project, is very important.

HighDesign 1.8.7 has been tested on Yosemite since the first beta was made available to developers, and it runs great. Project and document handling, file import and export, screen refreshes and tools work just as before. Actually, the new flat user interface makes HighDesign 1.8.7 feel more “at home” in Yosemite than it did in Mavericks. We only noticed a minor refresh delay in methods buttons, and it does not affect their functions.

So, we are glad to report that HighDesign 1.8.7 and Yosemite work great together.